Elaynas are off to explore the world!

Elayna has been an incredible journey this past year. Now that we are finally starting to ship them off to their new owners, I needed to send out a post to let everyone know what has been happening these past couple of months. We started the New Year with Larry coming down with pneumonia for the month of January. He was still able to start casting but had to stop, due to the severity of the illness. I brought my twin sister, Vicki Keeling over to my studio in Cashmere, WA to help me with the clean up of each resin. Things were going well until February when her husband, Jim had a heart attack while driving their van. He passed out and died while driving but she was able to grab the wheel and stop the van. She figured she’d lost him but had to do something so she did CPR on him and he came back to life! A passer-by called 911 and the EMTs rushed him to the hospital in Everett, WA. The doctors put 4 stents in his heart but he developed a blood clot which may have partially broken loose causing him to have a stroke. He’s been in rehab now for a week but will not be able to go home again. His daughter will take him to her place once he is able to walk and do normal functions.

Needless to say, Vicki was unable to come back over to help me clean up the Elayna backlog so I’ve been going it alone. Because of what happened to Jim, Larry said we need to get a CACS (Coronary Artery Calcium Scan) to see whether or not we have plaque build up in our arteries. My score came back a zero, stating I have the heart of a <35 year old but Larry’s came back with a heart of someone 70+ years old with a very high risk (75 – 90%) of an event within 10 years. We were both shocked because there were no indicators for us or the doctors to think he had anything wrong with his heart. In fact, the clinic didn’t even want to give us the referral to get the scan so we had to insist! Now that we know, we’ve been spending time researching what we can to mitigate his condition and how we can reverse it. We believe we’re doing all the right things but we have had to up the intake of our K2 D3 and IP-6 to get rid of the plaque. We both feel confident that Larry will lick this just as I am doing with living as a cancer survivor. We both have so many reasons to want to live life to the fullest and are determined to do so with a more healthy lifestyle. 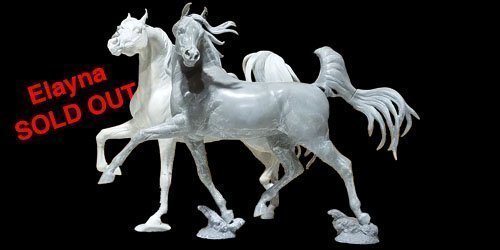 Everyone who has purchased an Elayna resin has a copy of their invoice which gives them the edition number. We are shipping them out by these numbers in numerical order.  All of these orders are in a database but they are not all in front of us so we know what number has been assigned to each person. If people email us asking, please reference your edition number, as we do know the last number shipped out at any given time. We cannot tell you the exact day your resin will ship but we can estimate based on where we are now. I want to thank everyone for their patience with the roller coaster ride we’ve been on so far in 2020! We look forward getting this edition out the door and on to the next one. We have a lot of technical projects in the works and will be excited to share them all when the time comes! In the mean time, Beware the Ides of March, Happy St. Patrick’s Day as we celebrate the coming of an early Spring! 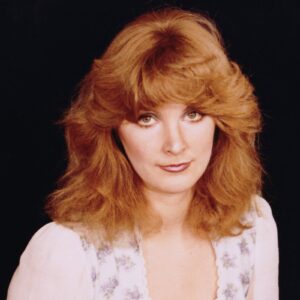 © 2000 – 2022 Horsemodels.com, Powered by Unbridled, LLC
Trademarks & brands are property of their respective owners.